Thank you for supporting the Pure Delight Foundation 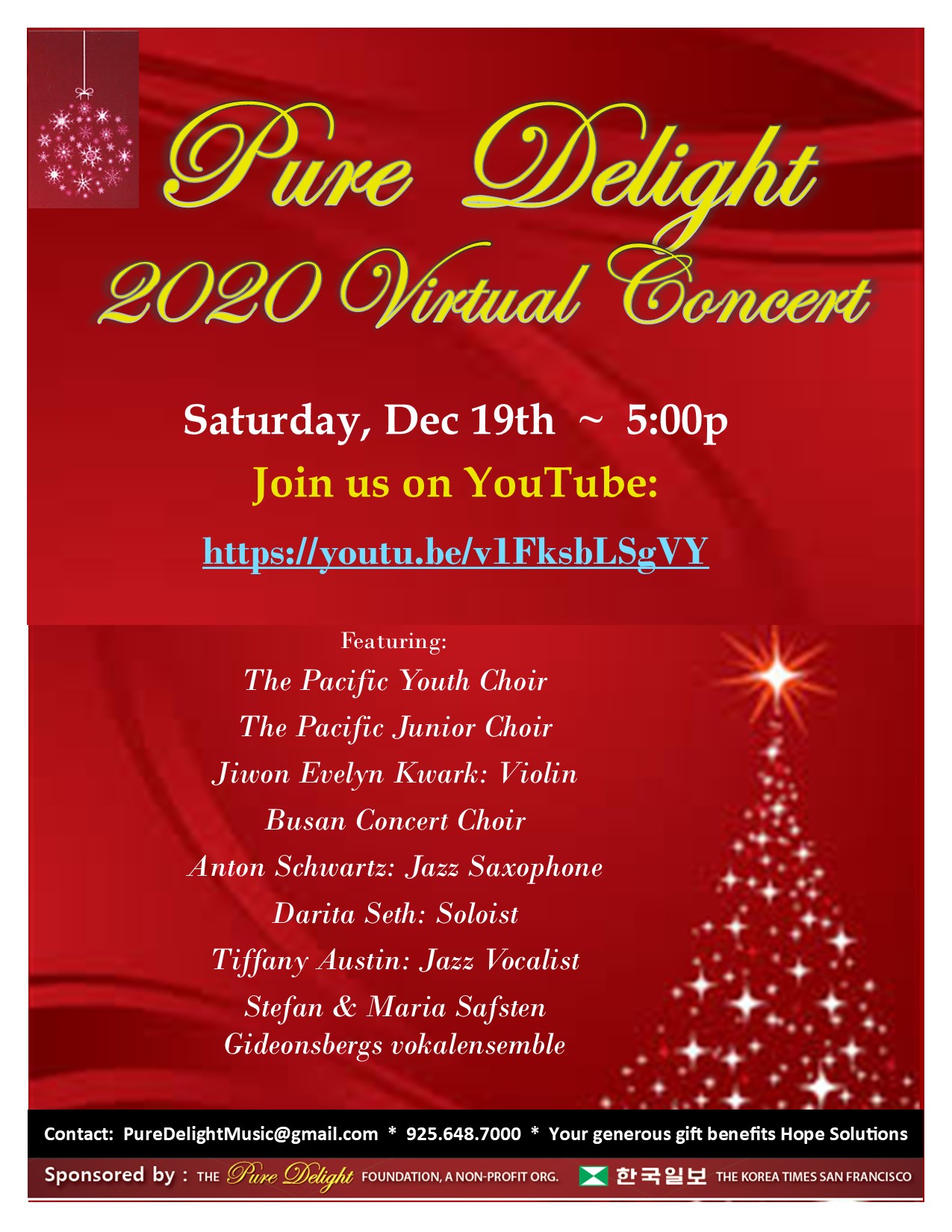 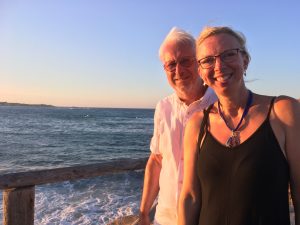 Stefan Säfsten, (b. 1955) is a freelance composer, conductor, pianist, and church musician. Has played in various constellations and genres. Church music, chamber music and jazz, gospel and rock. Conducted and led ensembles, orchestras, and choirs for all ages in both small and large formats. Säfsten´s previous CD works include: “Living in the World”, nosag cd 057, “Freedom for the Prisoners”, nosag CD 101, “Words of Realness”, nosag CD 163 and nosag CD196 The Way Chose You” with lyrics by former UN Secretary Chief Dag Hammarskjöld and Swedish poet Stig Sidén. nosag CD 234 Högst personligt/Highly Personal
[show_more more=”More” less=”Less”] Both Freedom for the Prisoners and Words of realness have been performed during tours in California, including in New Folsom prison. These works have lyrics by Spoon Jackson.
2014 he composed the work “Winter organ” for the 10-year jubilee choir organ in Kloster church, Eskilstuna Sweden. Recorded with his wife Maria Säfsten at the organ.
In 2014, his Missa Sperantes for choir a capella, was performed for the first time in the Cathedral of Truro, England
In 2015 Stefan was asked to participate with his music in the UN’s 70th anniversary celebrations. Together with the project choir Kloster Vocalis, the soprano Andrea Hagman, the pianist Maria Säfsten and the local saxophone quartet, Sax Vobiscum they performed “The Way Chose You” and “Into Light and Song”. Both works with text by Dag Hammarskjöld. The music was performed at the UN headquarters, in Grace Cathedral and in Peace Church, Danville.
During 2019-2020, Stefan has written 3 works for organ and synth, which has also been performed several times. “Spectra”, “Bekransa mig” (Wreath me) and the latest work “Skapelsen” (The Creation) premiered in Täby, Stockholm in September.
More of what Maria and I are doing can be found on Facebook @Safstenx2music.     You can also find quite a lot of Stefan’s compositions at Spotify and YouTube.  [email protected] [/show_more]
Maria Säfsten born 1968, organist in Västerås pastorate with service, among others, Västerås Cathedral. Studies at the Sköndal Institute’s 2-year church office education, degree 1990, and Royal Academi of Music, organ degree 1994. [show_more more=”More” less=”Less”]
Organ teachers was Professor Ralph Gustafsson and Professor Anders Bondeman. Continued studies at the 2-year soloist education at the same school with Professor Torvald Torén and Professor Anders Bondeman as teachers.
Maria has also studied for Naji Hakim, Paris. Scholarships in Avesta Municipality, Professional Woman of the Year in Örebro County 2000 and the Pro Fide et Christianismos Abroad Scholarship, which has resulted in studies for Professor Margaret Phillips.
As a curiosity, it can be mentioned that Maria has illustrated the book Musiken I Svenska Kyrkan (The music in the Church of Sweden) (Verbum). In the fall of 2017, Maria released her solo album for organ, Te Deum, on Nosag Records, CD 233 [/show_more] 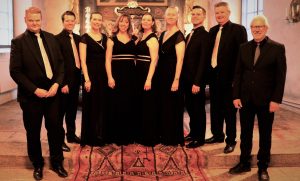 Gideonsbergs Vokalensemble is a mixed choir from the city of Västerås, Sweden. The choir was founded in 1996 as a parish choir, but is independent since 2009. Our repertoire ranges from early music, such as renaissance and baroque, to folk music and contemporary choir compositions.
We strive to be a highly acclaimed “compact” ensemble that allows the individual singers to develop and blossom. We frequently hold concerts and sing at masses in churches in the mid region of Sweden. Since 2018 our conductor and artistic director is Stefan Säfsten. Aside from being an experienced conductor, Stefan is also a skilled composer and pianist.
We have participated in several international competitions. In October 2019 we were awarded a golden diploma by the Interkultur jury in Calamata, Greece. 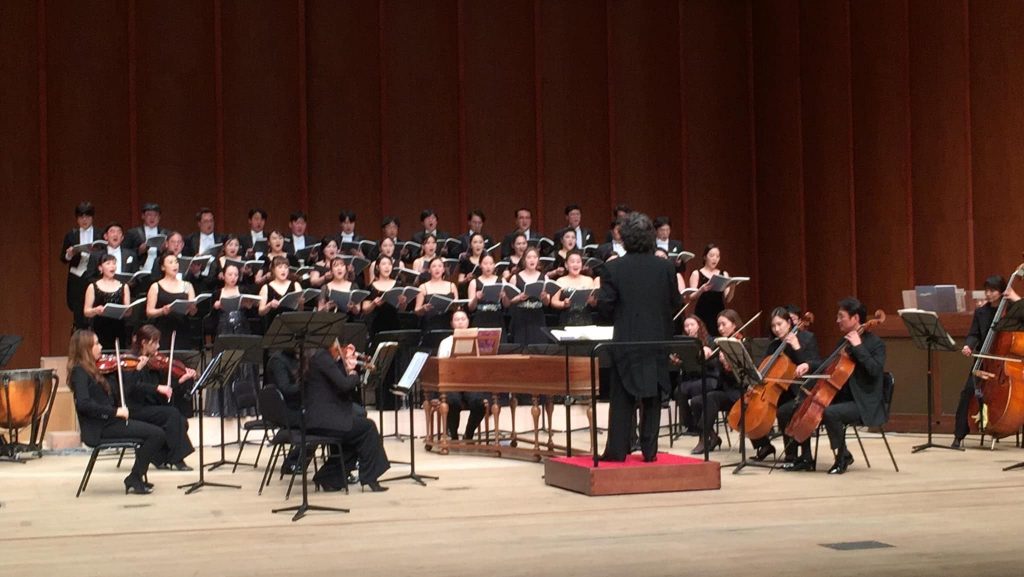 DARITA SETH – Praised for his “technical deliciousness; power and precision […]; and beauty of delivery,” [show_more more=”More” less=”Less”](Aspen Music Festival) haute-contre, composer, and choral artist, DARITA SETH (A Sigma Alpha Iota Distinguished Member), recently concluded his tenure with Chanticleer, the Grammy Award-winning vocal ensemble.
Mr. Seth has been featured in performances of choral masterworks including Bernstein’s Chichester Psalms, Durufle’s Requiem, and Handel’s Messiah. He has performed in many notable international concert venues including Musikverein; The Liszt Grand Concert Hall; Endler Hall in Stellenbosch, South Africa; The Taipei National Concert Hall; and Singapore’s Esplanade. He has sung under the baton of some of the nation’s leading composers/conductors such as Eric Whitacre, Jake Runestad, Dan Forrest, and Morten Lauridsen. Born and raised in Columbus, Ohio, he now serves in several directorial positions in the Bay Area such as: CHORAL AUDACITY, St. Timothy’s Episcopal Church in Danville, Stoneridge Creek, Danville Girls Chorus, and Cantabella Children’s Choir.[/show_more] 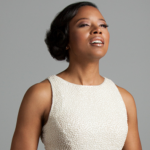 Tiffany Austin combines classic jazz tradition with a deep love for blues, spirituals, and contemporary soul. [show_more more=”More” less=”Less”]Hailed as a “fully formed masterpiece” by All About Jazz, Tiffany’s new album, “Unbroken” has earned rave reviews from both Downbeat and Jazziz, and has reached #16 on the Jazz Week chart.
Tiffany has performed with jazz luminaries (including pianist Cyrus Chestnut, bassist Rodney Whitaker, vibraphonist Roy Ayers, and saxophonist John Handy), and continues to appear at illustrious venues including Birdland NYC, Dizzy’s NYC, SFJAZZ, and Walt Disney Music Hall in Los Angeles.
A graduate of UC Berkeley’s Boalt School of Law, Austin decided to forgo a career as a lawyer to focus on music, her true passion, and she’s been raising the bar ever since.[/show_more] 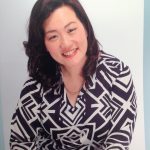 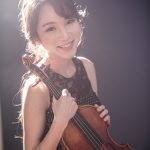 Violinist Jiwon Evelyn Kwark is a dynamic soloist, chamber musician, orchestra musician, and a teacher full of love for her students.  [show_more more=”More” less=”Less”]She holds a bachelor’s degree from The Juilliard School, a master’s degree from Yale School of Music, and obtained Professional Studies from Manhattan School of Music in the Orchestral Performance Program. Her primary teachers were Glenn Dicterow, Ani Kavafian, Lisa Kim, Masao Kawasaki, and Alexander Treger.
Since making her solo debut with the Amabile Orchestra in Korea at the age of 9, Ms. Kwark has performed with numerous orchestras in the U.S. and Korea.
Besides touring Canada with YOA and performing in France at the Ecoles d’Art Américaines de Fontainebleau in the recent years, she toured the cities of Germany with the Penderecki Musik Academie Orchestra as the concertmistress and soloist of the orchestra under the baton of renowned composer, Maestro Penderecki.. She performs regularly as the Associate Principal Second Violinist of the Marin Symphony as well as with her chamber group, Ensemble Ari. www.jiwonevelynkwark.com [/show_more] 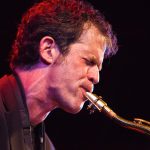 Anton Schwartz – Jazz saxophonist Anton Schwartz has earned a name for his big tone and his smart and soulful compositions and improvisations. [show_more more=”More” less=”Less”]
Over the past two decades Schwartz has performed at many of jazz’s most prestigious clubs and festivals, from Jazz at Lincoln Center and the Blue Note in New York City to Yoshi’s and SFJAZZ, to Jazz Alley (Seattle), Regattabar (Boston), Blues Alley (D.C.) and the Monterey Jazz Festival. He has been a featured soloist with the Boston Pops and artist-in-residence at Harvard University and the Brubeck Institute, as well as a longtime faculty member at the California Jazz Conservatory. Each of his five CDs as a leader has drawn sterling reviews and strong airplay; his most recent release Flash Mob earned a four star DownBeat review and a long run on the national jazz radio Top 10 chart. Anton is also the creator of two innovative jazz education apps and a popular blog on music theory and improvisation.[/show_more]

Peace Lutheran Office is operating with limited hours and capacity.  Contra Costa County has moved back into Purple Tier!  We continue working from home with limited time in the office.  Please call or email us to schedule an appointment for Tuesday, Wednesday and Fridays.

Because we are now in the purple tier, we are allowed to worship outside in groups of 25 or less.